Just before the snowmelt

The night-temperature is barely below freezing. During the day, the meltwater is dripping from the roof. The first insects are humming in the sun. The ravens are finding their mates in the trees around our cabins. The latter is driving Lance mad. He thinks their clucking sounds are meant to insult and mock him. … After a winter of ravens picking on Lance’s bones when they were left unattended that is not an unreasonable association.
Our winter – and it is not over yet! - has been a very pleasant one with lots of playing in the snow. Anya still loves her building toys, her books and her artwork.

Our pantry and freezer hold enough food to last us until after breakup, easily. 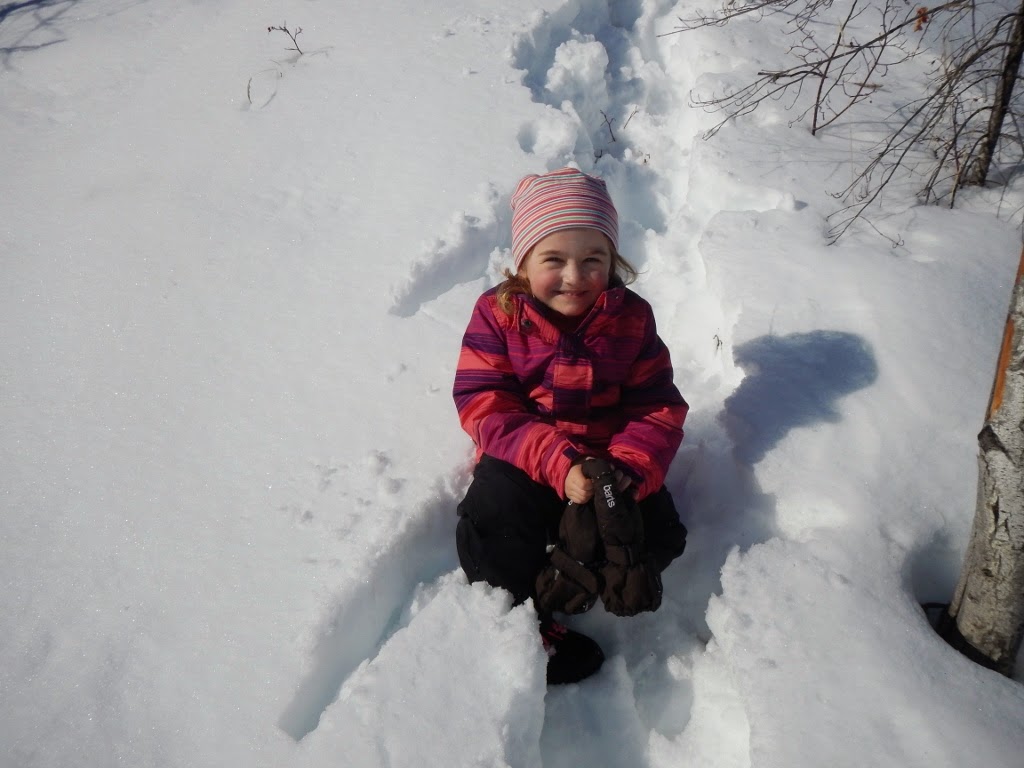 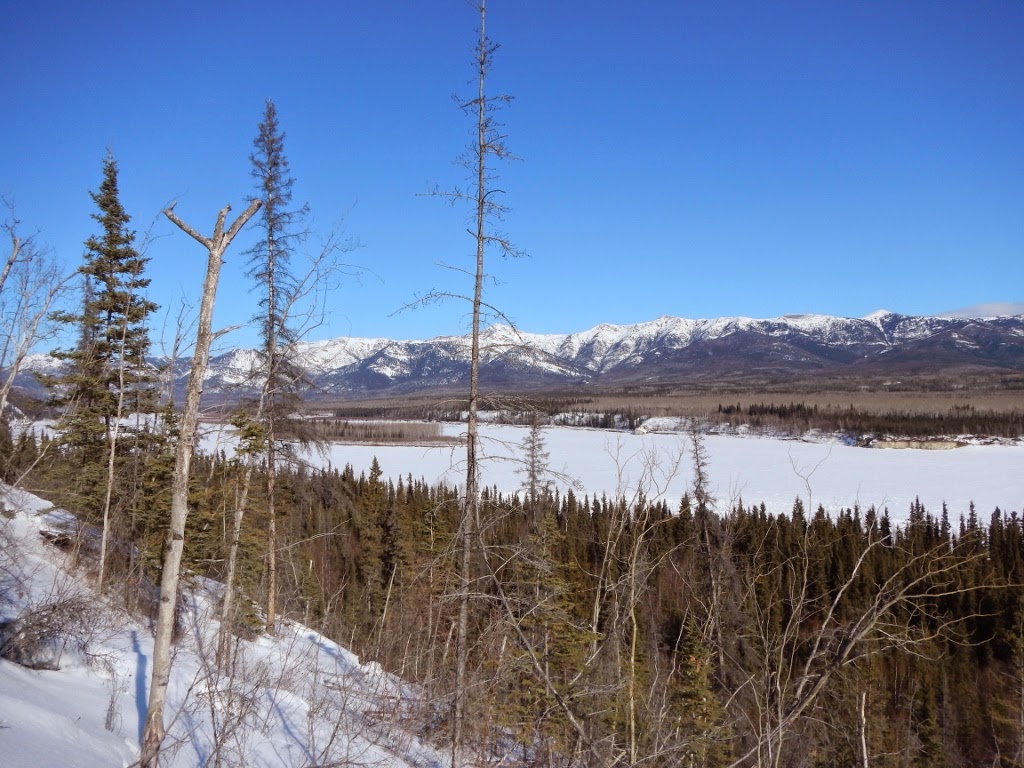 Posted by Manuela at 8:56 AM No comments:

From Dawson home at minus 45 degrees Celsius


We arrived back in the Yukon on January 30 from our trip to Austria. That night, we measured minus 18 degrees Celsius. Overnight, the temperature dropped to minus 35. The next day, minus 40. The day after, minus 45. And it stayed there. For a week. We stayed in Dawson to wait for our flight back to Poppy Creek. And we did our shopping. At minus 45 degrees. With Anya all dressed up. Still, she was either getting tired when she walked, or she was getting cold when I hauled her in the sled. It was tedious to get her from point A (my friend’s house) to point B (the store, 20 minutes’ walk away).
We managed. After a few times, I dressed Anya in my warmest down jacket and put a warming bottle in with her, before I sat her on an insulating pad into the sled. She stayed warm and happy. On the way back to the house, she even fell asleep!
On Tuesday, February 10, the day to fly home had finally arrived. At 10.45 we received a call from the pilot, that he wanted us to be at the airport at 12.30. We walked to town to pick up a friend’s car. 20 minutes at minus 40 degrees. No problem. We took the car to the grocery store and picked up our groceries. We had bought, paid for and boxed them the day before: six big boxes of fresh groceries. Anya was waiting inside the car while I carried and packed. Then we drove to my friend’s house, the one we had stayed with and picked up our luggage and another box of groceries. Four more boxes, a duffel bag, a dry bag and my backpack. After that was all loaded into the car, we went back to our car-owning friend’s shop and picked him up. He gave us a ride to the airport and dropped us off with our luggage, inside the heated airport building. We still measured minus 35 degrees outside.
It was 12.45. We were late, but the pilot had not arrived back from his previous trip yet. We had a sandwich. Then the pilot arrived. I gulped down the last piece of sandwich. Then we moved all our luggage to a little luggage door at the wall, while the pilot fueled up his plane and brought it around to park it right in front of the luggage door. He loaded all our boxes into the plane. I was astonished and very pleased that it all fit. But Anya did not have her own seat in the three seat plane. She was to travel on my lap.
I had to enter the tiny cockpit first and buckle up. Then the pilot handed me Anya. I put her on my lap and we tried to find the most comfortable position for both of us. Then, the pilot entered the cockpit and I felt a bit like a canned fish in the can would feel.
The plane took off seemingly without effort. And as soon as we were airborne, Anya fell asleep. She woke up 28 beautiful flight minutes later to my words: “Anya, look, it’s Papa out there!” Gaetan and Lance were standing there, next to a fire, smiling. We were smiling inside the plane.
We unloaded our boxes from the plane onto the snowmobile sled. After the plane had taken off in a cloud of powdery snow, we embarked on the short trip home: Lance (running), Gaetan (driving the snowmobile), Anya (sandwiched between us and therefore protected from the cold), Manuela (in the back of the snowmobile), and the sled.
The cabin was warm and our boxes were quickly unloaded into the cabin.
The following hours and days I spent storing things away, sorting through and storing vegetables and fruit, and moving into my own space, finally! 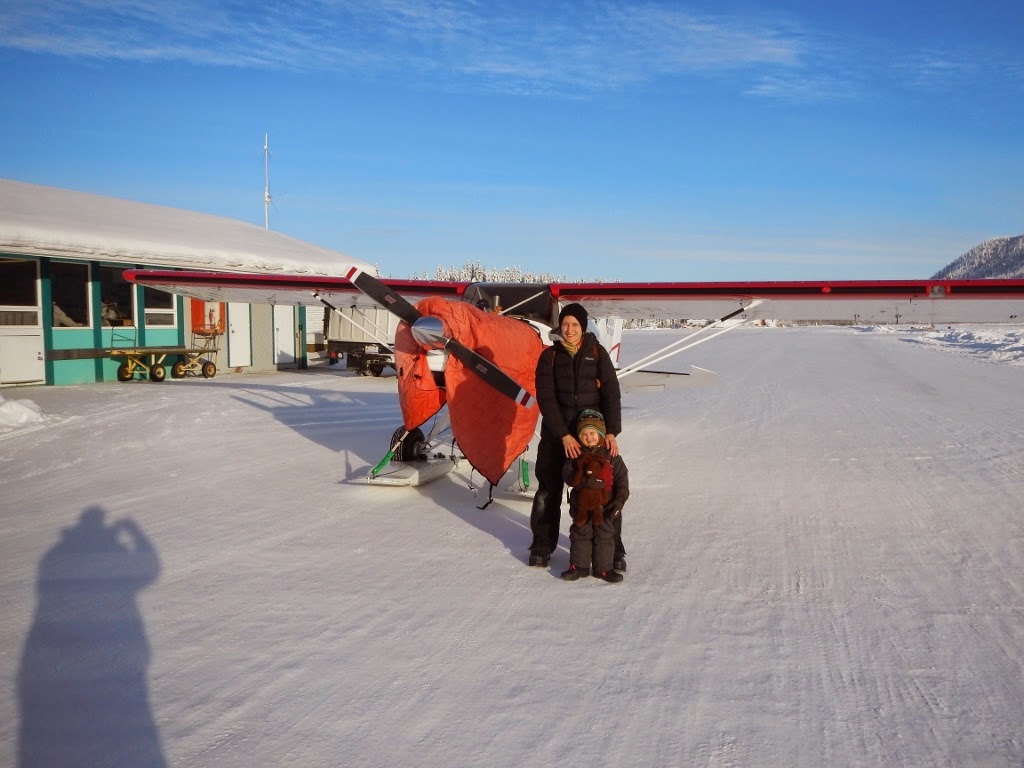 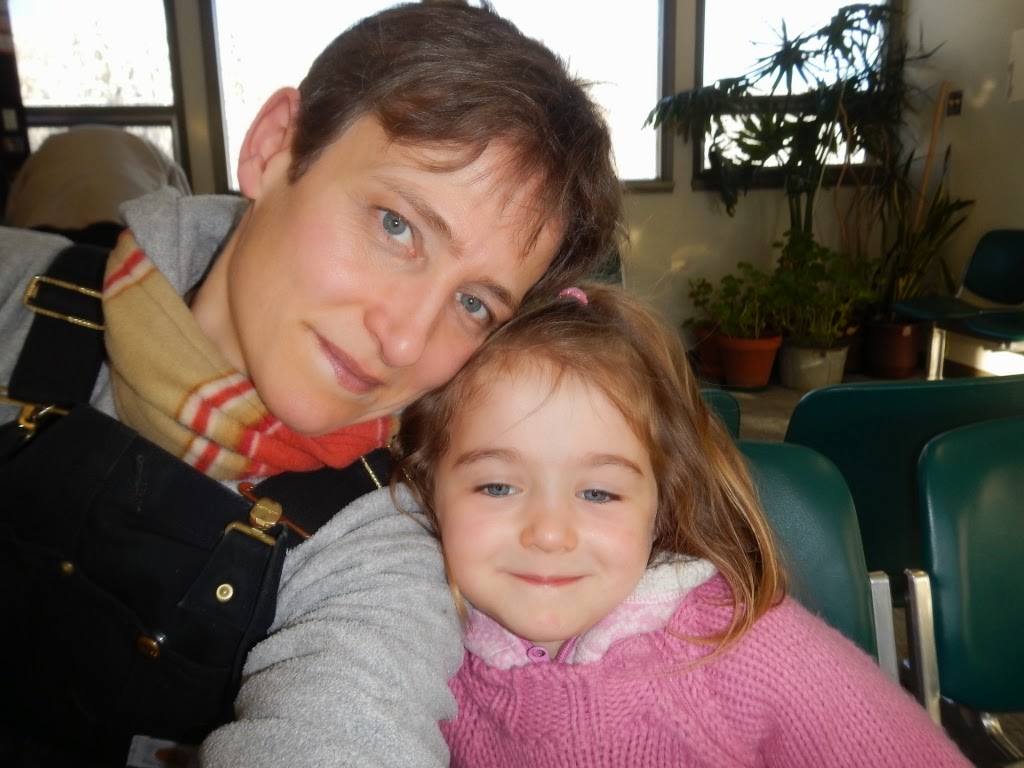 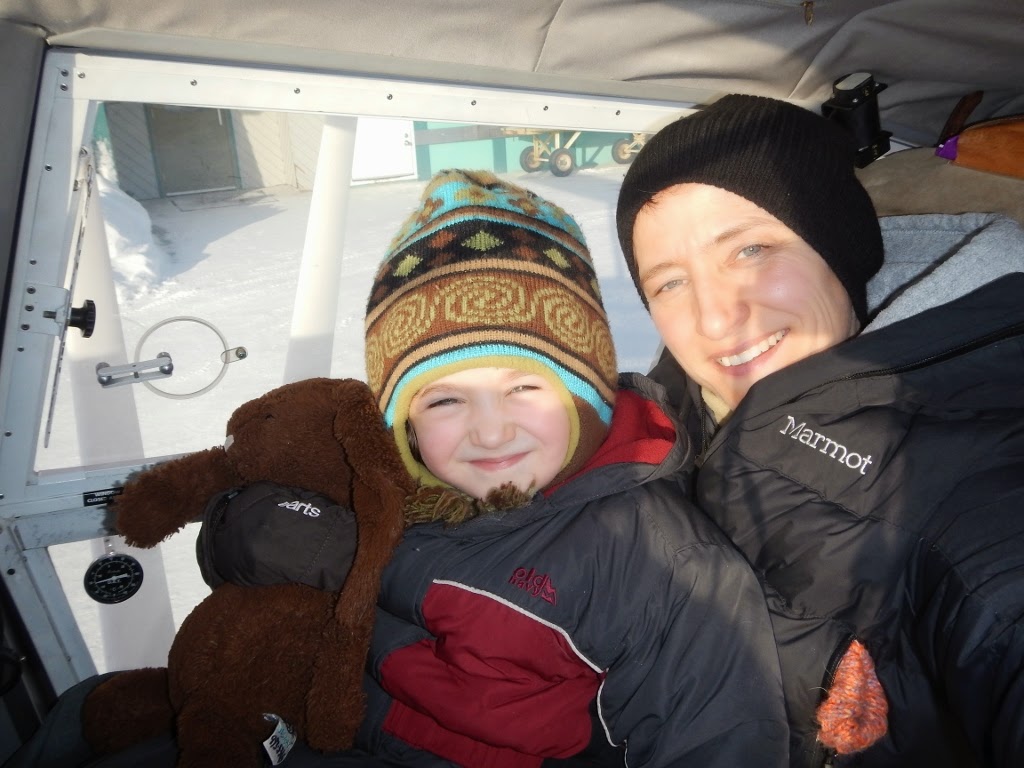 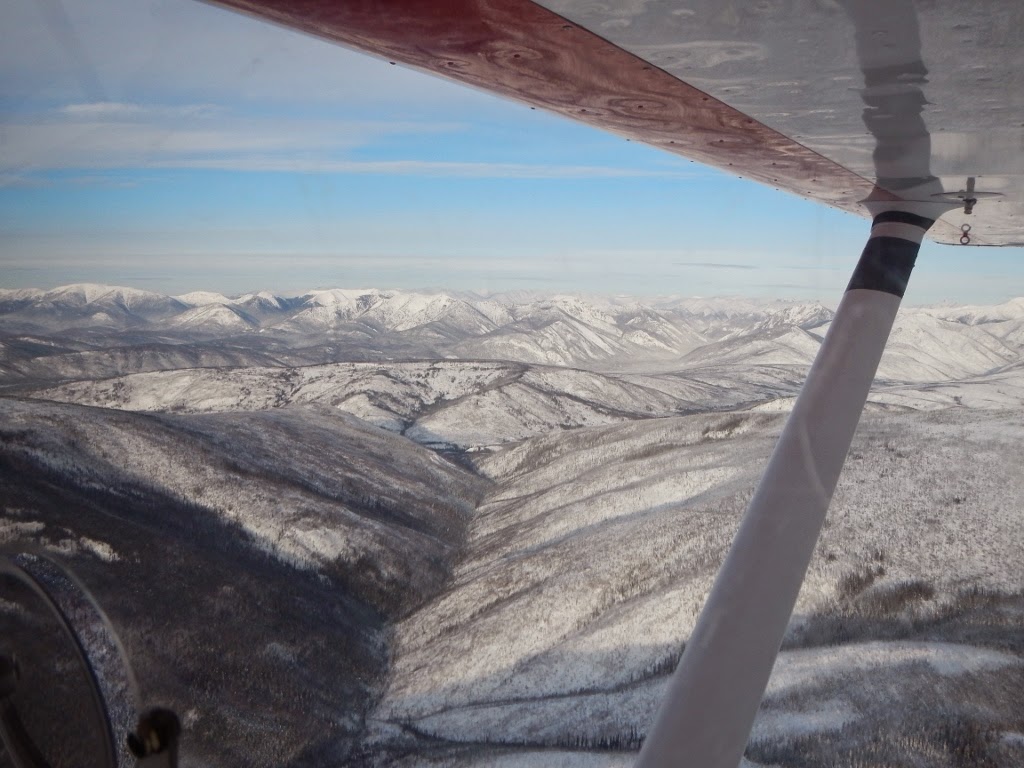 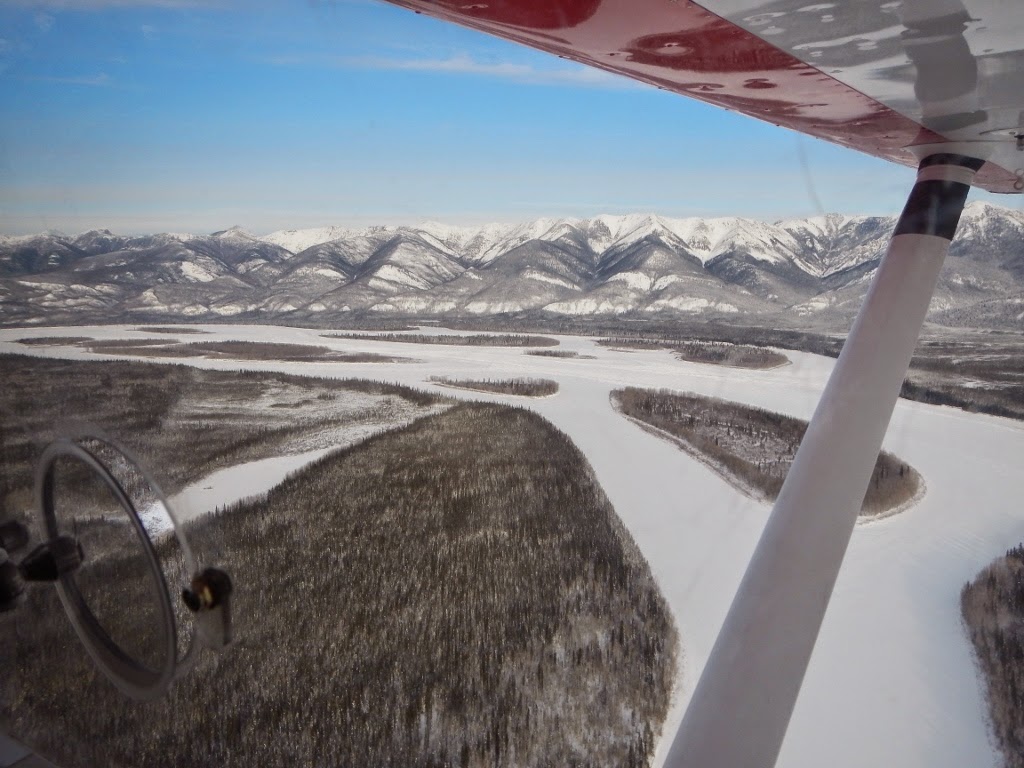 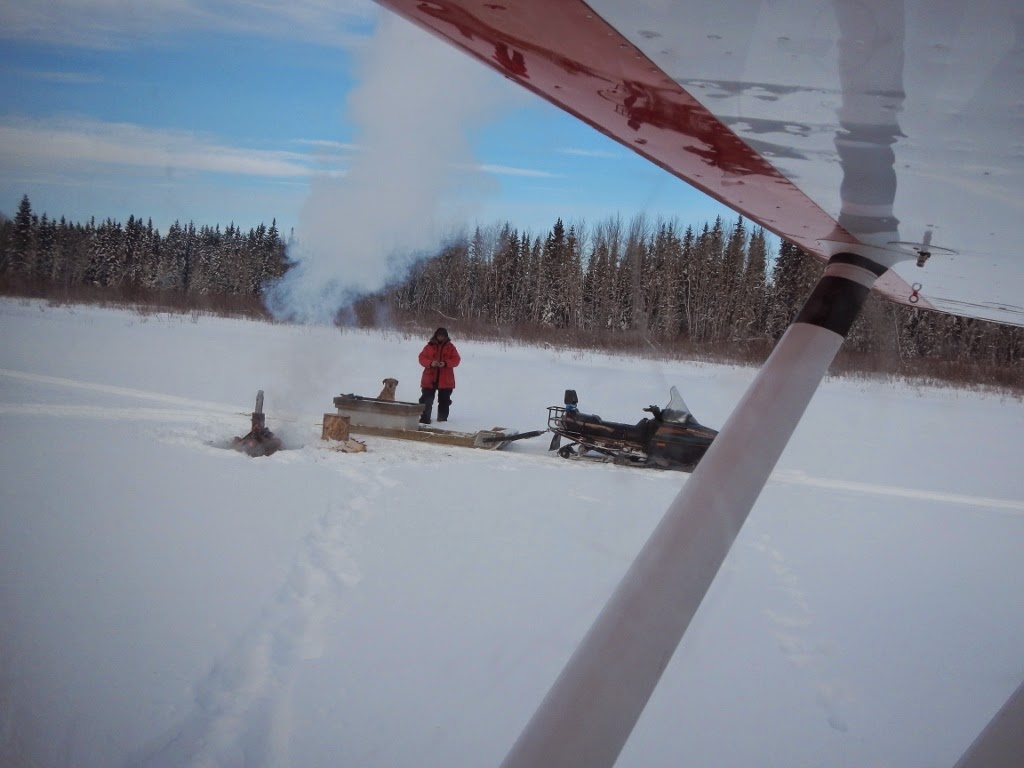 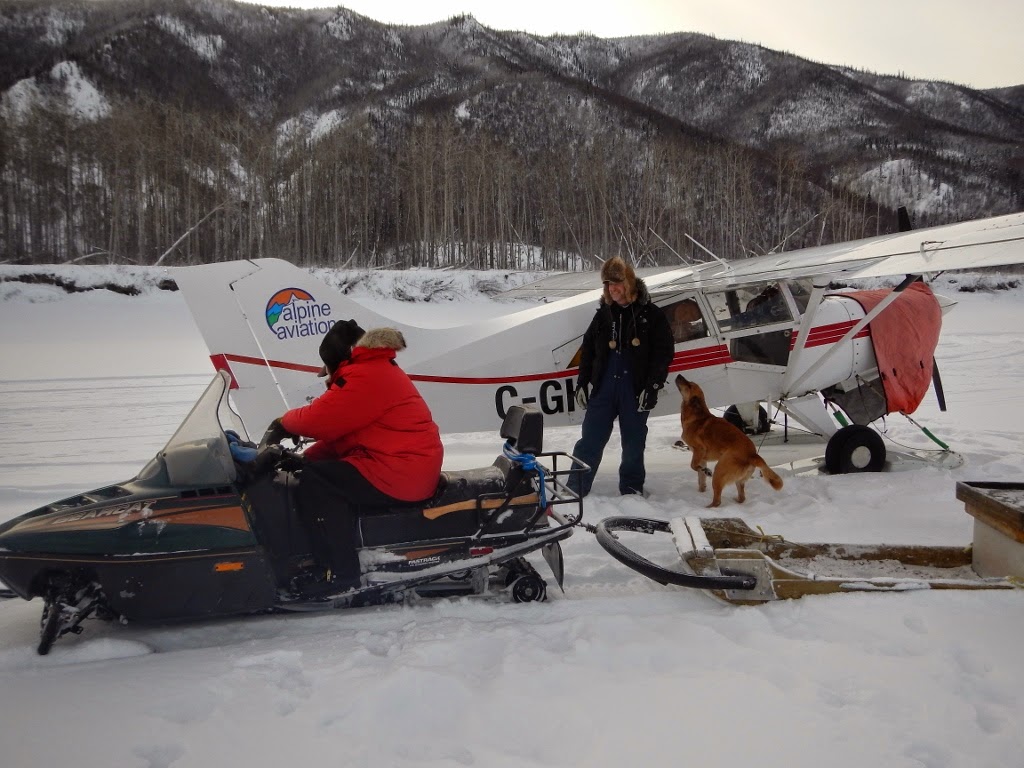 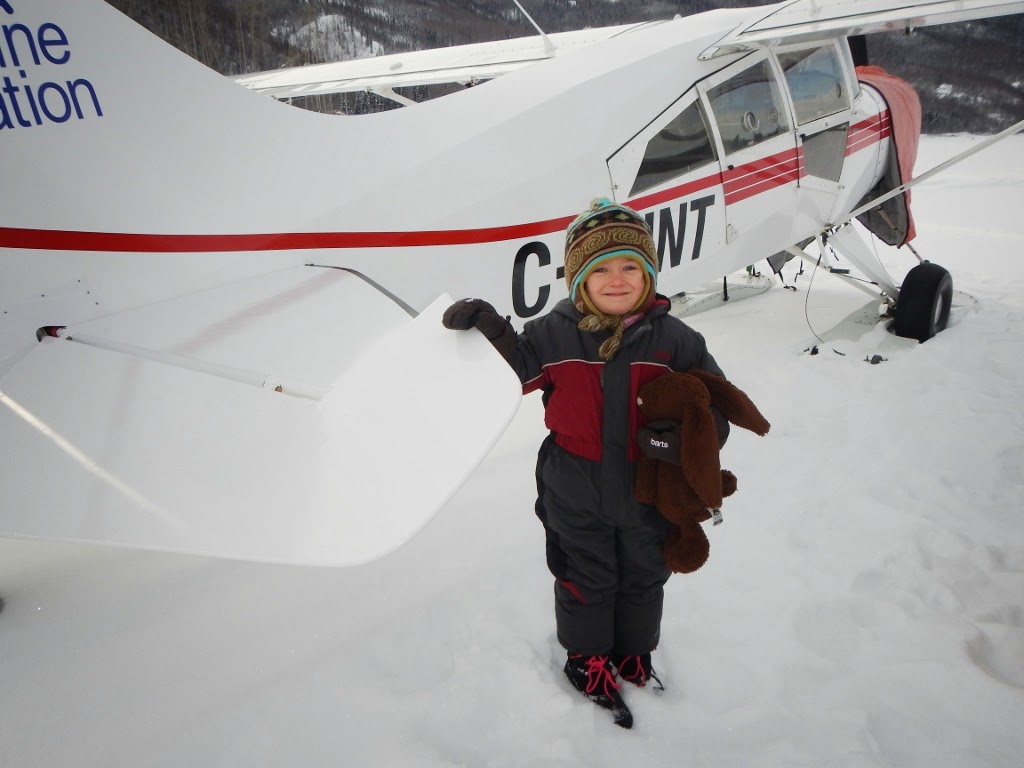 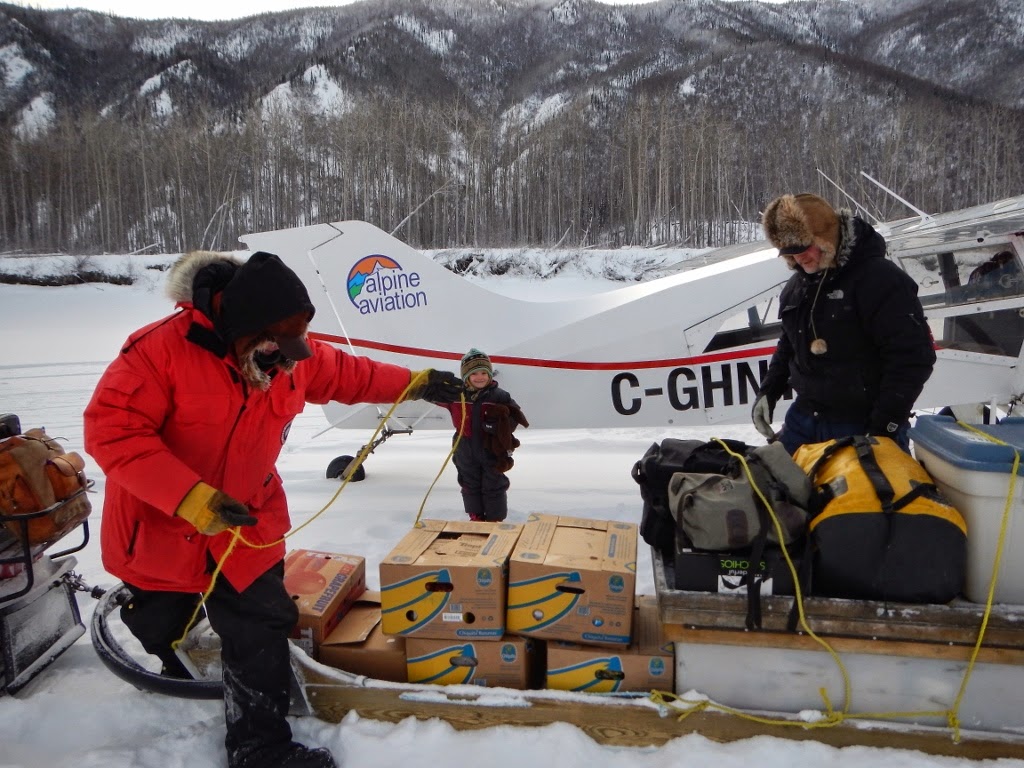 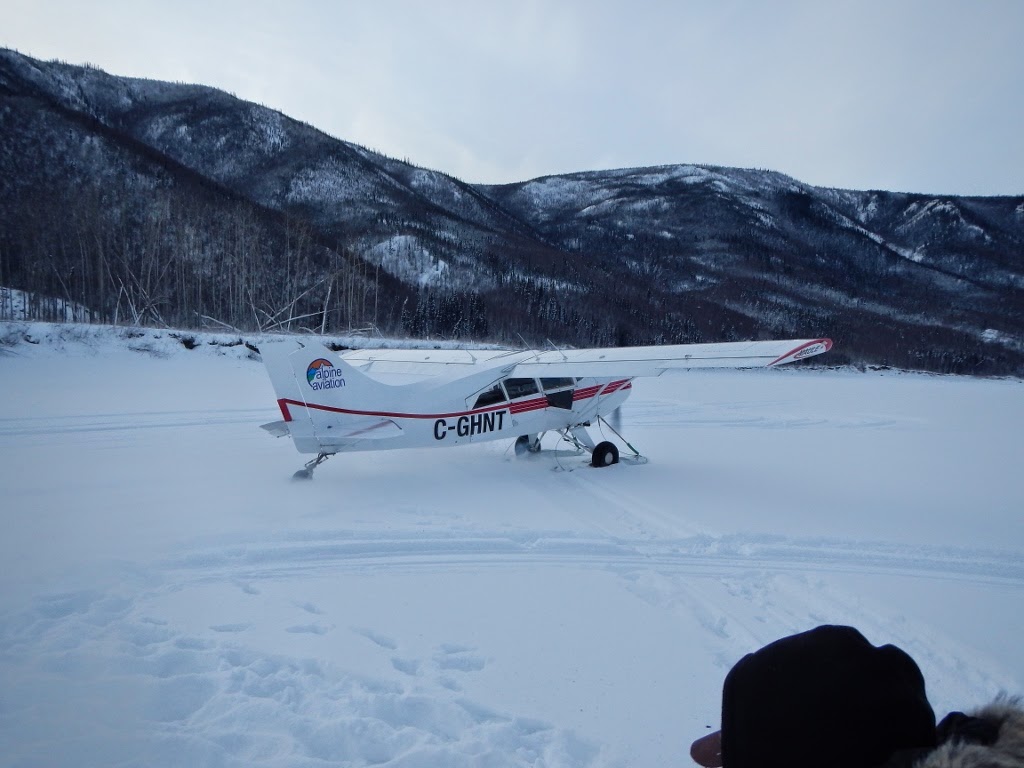 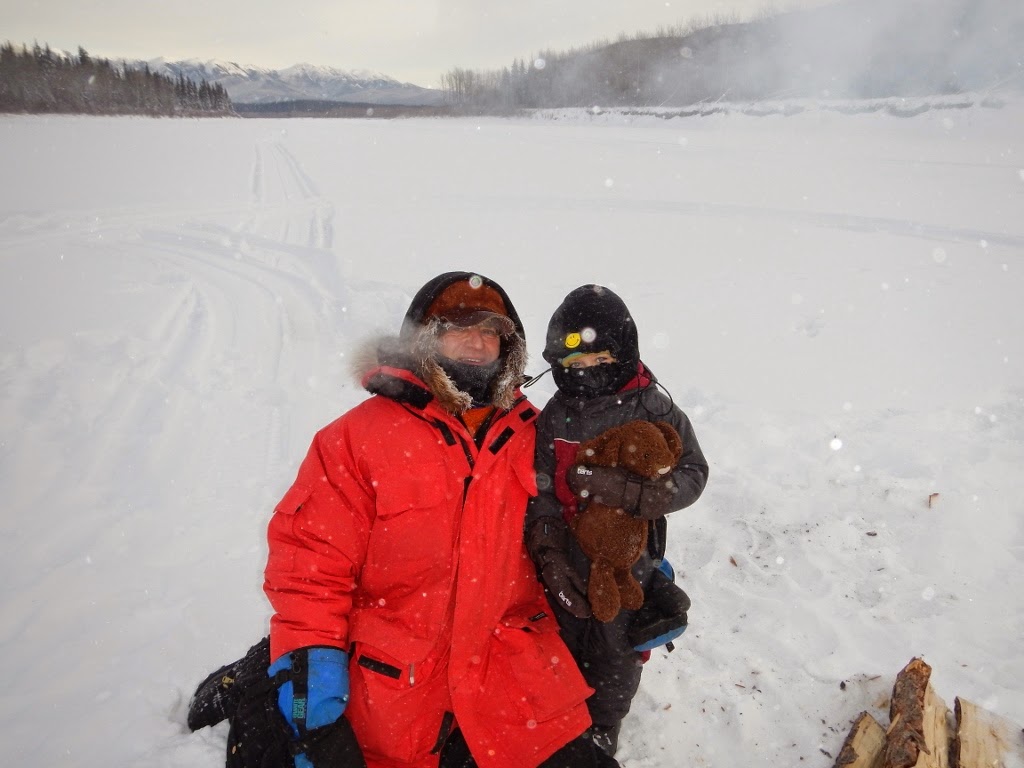 
Available for sale on Amazon.com

My stories are intended to give you an idea what it is like to live in the undisturbed wilderness, because I believe that we cherish and protect what we care about!

Drop us a note!

We would love to hear from you! Please email us at zeitlhofer_manuela@yahoo.ca